This journal entry was reviewed and commented on by me on the 22nd of September, 2020. - *Bogolepov

I decided to write all the details of this terrible morning. All that I write now is true without any exaggerations. Sorry for typos and mistakes if any, I feel really bad right now and it takes all my energy to write this.

I woke up at around 6AM in a weird state of panic. I felt like I'm not going to be able to fall back asleep. 5 minutes later the doorbell (the one from downstairs – Hausklingel) went off. I rushed to the door, already feeling that that's the bad news coming. I took the receiver and pushed the button. I also looked at this little „door-eye" and somebody was already knocking on the door saying „Herr Simenenko?" (*my husband at the time, Vlad Simenenko). I opened the door. The person asked me if I am Herr Simenenko and can I show him the Ausweis (*identification card). I went back to the bedroom and Vlad had already woken up. I started looking for his Ausweis. At this point there were already 4 people in our flat. They opened all the doors and started waking up our flatmate and our friend who is visiting us.

I asked Vlad where his Ausweis is in English, but the policemen told me that they only need my Ausweis. I gave them my Grenzübertrittsbescheinigung (*this document is normally issued instead of the identification cards to the individuals who are awaiting their deportation/extradition), the only document I had in the last few months due to my Dublin procedure(*The Dublin III Regulation determines the European country in which your asylum procedure must be processed. Before the BAMF invites you to the hearing to ask you about your story and your reasons for flight, they first check whether your asylum application should be processed in Germany. If, for instance, your fingerprints have been first filed in another European country or in case you have applied for asylum in another European country before Germany, that European country is responsible for your asylum procedure, which means Germany can send you back there. In my situation - I arrived in Germany with the Finnish visa, therefore my asylum procedure was supposed to be taken care of in Finland). The policemen explained that I will be deported today, my flight to Helsinki is at 9.50AM, so I need to pack my things quickly and follow them. We started packing my suitcase. The policemen were following my every step and my every move (including even going to the toilet). When I started talking to Vlad in Russian they said that we cannot communicate in our own language, that we need to use the language that they understand.

First they didn't even let Vlad help me packing, but then they said OK. We packed the suitcase and I started packing my backpack. I decided to put all my papers there. At that point I decided that I need to take one copy of our marriage certificate and leave one copy to Vlad. At this moment I fully realized what's going on. We hugged with Vlad and started crying. I am crying at the moment as well. This was one of the saddest moments in my life. I felt like my limb was being cut off for no reason and I can do nothing about it.

By that time even more policemen came in. One of them tried to cuddle our cat Olaf, which made me angry but I kept calm. Also the doctors came who said that they know about my health situation and they need to check whether I'm good to go. They measured my blood pressure and signed the paper that I am alright.

All in all, the policemen were polite and didn't do anything terrible, but the feeling that I was not free to do whatever I want was overwhelming.

The policemen told us that Vlad can come to the airport by public transport and he would see me again before I leave.

The policemen took me downstairs and put me into their van. There's a little „prison cell" in their van. They took my backpack and suitcase and put it away separately from me. They made me put my phone and wallet into my backpack as well. So I only had two bananas and a bottle of water in my hands.

They put me into this „cell" inside their van and started shutting down the door and locking it. The cell was small, there was no fresh air. I am claustrophobic and I feel like I'm asphyxiating. I started crying and asking to let me have some fresh air. They said that it would be better when the van starts and AC will be turned on. One of the policemen offered to sit there in this cell with me and I happily accepted.

We went off towards Tegel (*airport of Berlin). The AC was on and it got very cold in this cell. The cold air was blowing straight into my face. I asked the policeman if it's possible to make it warmer, but he said that nothing can be done. The journey to Tegel took about 40-50 mins. I cried most of the time on my way. I tried to imagine coming to Helsinki, but my mind was blocking these thoughts. The policeman who was with me in the cell said that now in the airport the federal police would take over my case.

We arrived at Tegel airport. The policemen took me to the police office. There I was carefully searched through. My suitcase and backpack were taken away from me, they only let me take the little bag with my tobacco and my bottle of water. The bananas were already eaten on the way.

They put me into the „prison cell" in their office. It was an empty room with no windows and with bright electric light. They told me that I can smoke there. I decided to roll myself a cigarette and found out that I forgot the filters. I decided to roll a little ugly one without a filter anyway.

The cell was locked down, there was a button that I could push in order to call for help. I pushed it. A policeman came and brought the ashtray and lighter. I smoked. After I finished smoking I asked to let me go to the toilet. They followed me to the toilet, then put me back into the cell.

I asked if I could call my lawyer. They said that I can make one phone call. I changed my mind and decided to call Vlad instead, cause I actually didn't know my lawyer's phone number. And I knew he wasn't at the office for sure at that early hour.

Vlad told me that whatever happens, I need to get out of the plane, that they cannot keep me there against my will. Then the policeman took my phone away, asking me to turn it off.

When I was left alone, I sat down and started meditating. I was breathing in and then breathing out with the „ommmmmmm". I was very calm. After the meditation I felt even calmer. My mind was very clear and cold. I started saying things in English.

- I am not a criminal. Nobody can take my freedom away. Nobody has the right to manage my destiny. This is against my human rights. I have the right to be where I want to be. (and so on)

I sat down and continued waiting calmly.

All in all, I spent around an hour in that cell. Soon the policemen came and they took me straight to the airplane. I asked how am I going to see my husband and they said that it is not possible. I was very upset.

When we entered the airplane there were no other passengers. My passport was never given into my hands. I don't know for sure, but it seems like the passport was in an envelope that was given to the pilot. I only had the boarding pass. My backpack was with me. I was put into the last row. The flight was operated by FinnAir. The stewards and stewardesses said their polite „Hello's" to me. I sat down and immediately started telling my whole story to the nice stewardess that was standing next to me. She was terrified and continued saying „Oh my god, I'm so sorry..."

I turned my phone on and called Vlad. I told him that I will do smth to get away.

After this I realized that I need to do smth quickly. It was 9.20 already, 30 mins before take off. I told the stewardess that it's done against my will. She offered to talk to the plane's Captain. She went away and came back quickly, saying that both Captain and the second pilot don't want to have me on board. A few minutes later the steward came to take me away. The police were waiting for me outside the plane. They were angry. They said „Why couldn't you tell that you don't wanna go earlier? Now Germany needs to pay for your ticket anyway and also for making this flight go late because they need to take away your luggage as well!" I said that I'm sorry for this.

They took me back to their office and put me into the cell. I had to wait shortly, like 15 mins. After that they let me go, gave me a paper that said that I needed to show up at Ausländerbehörde (*German immigration office) today and they gave me my baggage tag. I went outside and went to the baggage service center. Unfortunately I still have got my suitcase back, but I hope I'll sort it out quickly.

At the service center I met with Vlad, Sasha and Pablo (*my husband and two wonderful friends of mine). I was very happy to see them.

Ausländerbehörde was closed today, so I'll go there tomorrow.

I managed to talk to Barbara who will now be my new lawyer. My previous lawyer Matthias only wrote me an email at 13.05, saying that „The appeal to the court had been rejected just recently (I just had sent to you)", meaning that he knew that I wasn't safe any more, but forgot to tell me. But that's another topic that I won't keep all to myself as well.

As a result of this morning – I have a really bad sore throat and fever, this AC in the car made it work on me. And my health insurance is suspended, as I found out by chance yesterday when I tried to do my routine check up.

Another result – I don't feel safe at my home any more, I am anxious again. All that I put so much effort into – I mean trying to confide in people, getting rid of paranoia – it's all in vain. I feel lost, I don't feel like I'm home anywhere.

But I'm not scared, and I am not broken. With all your support and love I will make it through.

And Vlad, you know that you are the one. We will not be separated (*even though we are not romantic partners any more, Vlad remains a part of my family, my friend, my closest circle). 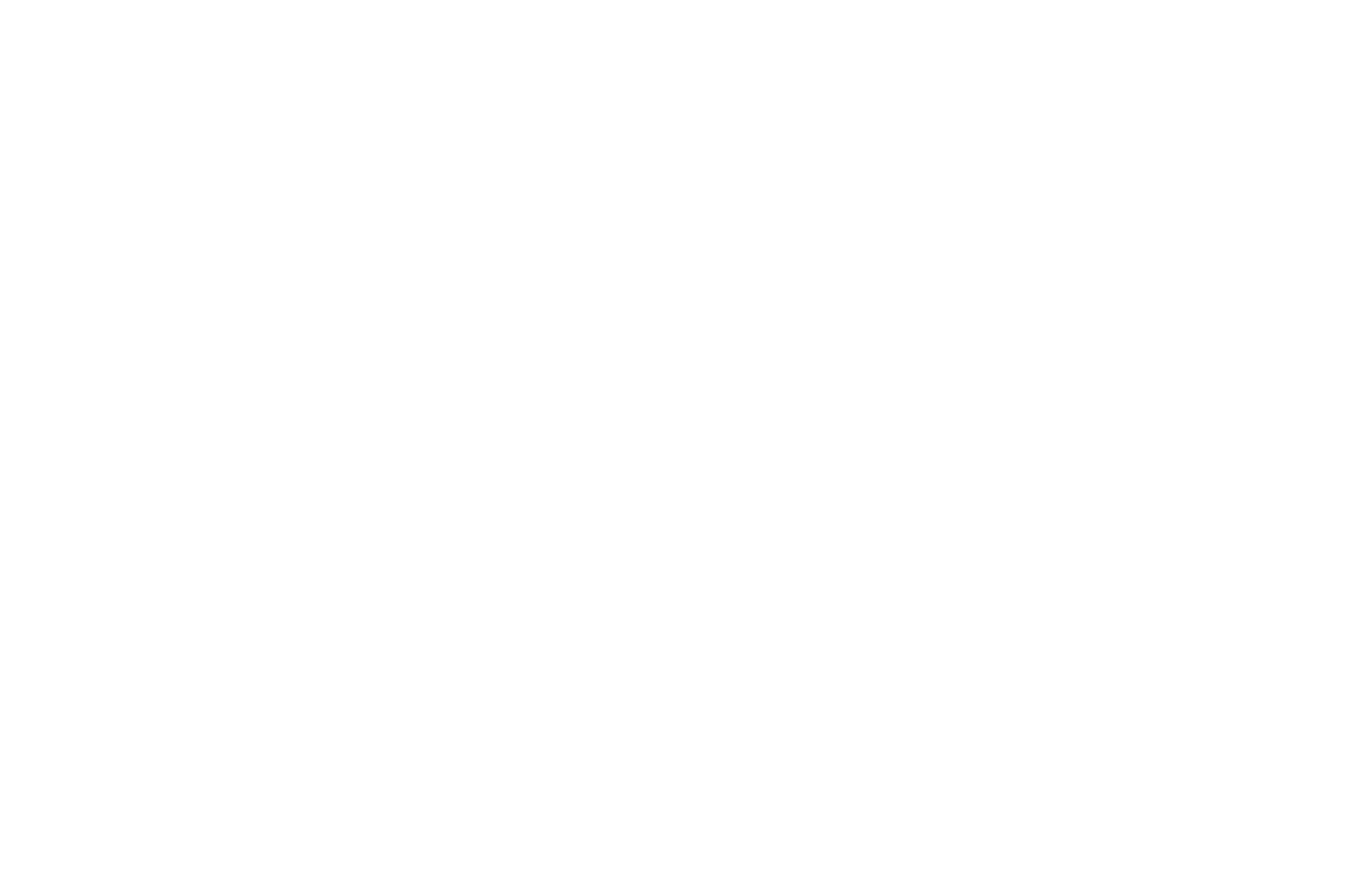